A Night of Study Devoted to Healing the World 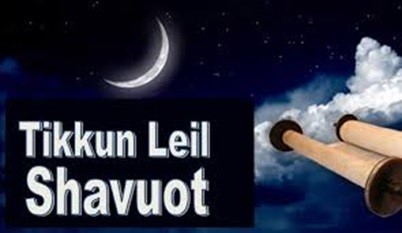 Come and Hear deep teachings from members of Or Ahavah and from Rabbi Deb.

Here is the amazing line-up of teachers and teachings for Tikkun Leil Shavuot.

If you would like to join us, RSVP to Orahavahtampa@gmail.com by Thursday night, June 2nd, and a zoom link with be sent to you.

After fifty years of supporting access to abortion services, the Supreme Court appears ready to take the right away from millions of women who rely on quality medical care when they and their doctors determine that a pregnancy should be terminated. Individual states legislatures then will regulate the status of the right in terms of how restrictive or liberal it remains and even if the right will survive at all. The Senate Minority leader speaks about Congress passing federal legislation that would outlaw and criminalize abortion throughout the United States. None of these laws and regulations will stop women from aborting unwanted pregnancies that could ruin their physical or mental health. Those with the fewest resources will bear the brunt of restricted access. Women who seek illegal abortions will once again find access to the medical procedure in back alleys and dirty rooms operated by those who profit from their misery. As in the past, more women will die.

Rabbi Shenefelt with her then 15-year-old daughter Shaina at the March for Women’s Lives in Washington, D.C., April 2004.

As a rabbi, I find the prospects of outlawing abortion or severely limiting it to be fundamentally against my Jewish faith. Branches of Judaism run along a continuum from the ultra-orthodox to very liberal and Jewish positions on abortion vary along the way. What all of them have in common is the belief that the status of personhood begins after the baby is born and upon his or her first breath. Judaism, like some other religions, does not teach that independent life entitled to related civil rights begins at conception. Rather, Judaism teaches that the fetus does not attain personhood protected by civil rights afforded to all human beings until after the baby can survive outside of the mother’s body. The mother’s life takes precedence over the life of the fetus which is an independent person in potential only.

Jewish organizations have filed briefs with the Supreme Court asserting that overturning Roe v Wade will interfere with the first amendment rights of Jewish women. In Judaism, because the fetus does not achieve the status of personhood until the moment of first breath, the rights of pregnant women are primary. In some cases, Orthodox rabbis view abortion as “self-defense” if the pregnant women’s life is at stake. Furthermore, liberal Jewish tradition affords wide latitude to a pregnant woman’s emotional suffering which can be even greater than physical pain. I cannot fathom the depths of despair that a woman who is forced to carry a fetus to term would encounter. Without access to abortion as a part of quality health care, Jewish women will not be able to practice the relevant teachings of Jewish religion without interference from the government.

The conflict between the views that life begins at conception and that personhood begins with first breath remains. As a rabbi and as an American, I cannot condone any law that deprives a person of individual religious heritage. But having access to abortion does not mean that Jewish women will choose to have an abortion. I know Jewish women who believe in and support the right to choose but personally would not choose to have an abortion. Being pro-choice is not the equivalent of being pro-abortion. I honestly can say that I do not know anyone who is pro-abortion. Having the right to choose is fundamentally American and fundamentally Jewish.